Two tools of whipping and punishment are crisscrossed.

This card is the Whip. It represents all instances in which a Whip might be used – so it can indicate horseback riding, or the officers in the military who carry whips.

But its primary meaning is anger, confrontation, punishment and violence. When the Whip appears, it’s an indication that you are meeting with significant opposition – so much so that you aren’t likely to have your way, in the end. At the least, the Whip is telling you that you will have to exert a great deal of force and pressure to succeed. You might be better off backing away, regrouping, and coming at the issue from another angle.

This card shows up in times of opposition and strife. It can indicate sexual pleasure – or sexual pain and oppression. It can also indicate an environment of abuse and violence. Whatever it portends, there will be a great deal of energetic action generated. This is a high-energy card.

The Whip can also indicate a time of justice meted out – a courtroom, a judge, lawyers, prison, punishment. And it sometimes represents someone who is very hard on themselves – who beats themselves up over regrets, or incidences in the past, or their own perceived shortcomings.

What does the Whip mean to you today? In romance and relationships, it indicates a rocky and possibly violent road – though there’s a hint of pleasure for those who prefer their love relationships to have some edge. It may indicate your relationship is based on sex – and not much else. It can portend arguments and quarrels.

In career, the Whip may be calling your attention to how physically or emotionally demanding your work is. It can point to the dynamic of the scapegoat, where an innocent is blamed for the shortcomings of others. It can also suggest conflict in the workplace.

Whether in romance, relationship, or with others at work, note that this card almost always speaks of a situation in which there’s a very great imbalance of power. Someone is very much the bully; the other is very much the victim.

In health, the Whip may represent an illness that forces you to re-evaluate your life and make needed changes. It can also be pointing to illness as a result of self-negativity – you beating up on yourself to the point of making yourself ill.

As you can see, this card can have a number of meanings. If you need more insight into how it intersects with your life today, you might look at your expression number for clarification. We can also get greater insight by looking at this card numerologically. The Whip is associated with the Number 2 (11 = 1 + 1 = 2).

The 2 has the shape of a graceful woman on bended knee, head bent. It is the position of the supplicant. Two energy is placating, peaceful, non-confrontational. Such energy would seem to be the victim, the target of the Whip.

However, the 2 also represents a figure that bends rather than break. The 2 does carry strength – but strength that is less noticeable, but enduring, surviving. What the 2 brings to the Whip is the understanding that violence and argument require two – the perpetrator, and the victim. The 2 suggests that obvious, violent power be met with acquiescence, until such time as the 2’s true nature of power and resilience let it conquer, in the end.

This card also carries the energy of the Master Number, 11. The 11 is highly intuitive energy, and represents illumination. It suggests what could be, if the emotions that generate whip energy evolved. As your expression number contains information about your destiny, consult it to see how 11 energy can help you offset Whip energy today.

There will be conflict today, either visited upon you, or possibly generated by you, whether you intend that or not. Be prepared. As is often the case, being forewarned by your daily card gives you the advantage of preparing for what may come.

Today you need to choose: do you push back, fight back no matter what it takes, when you come up against strong opposition? Or do you pull back, wait for a day that has a more positive aspect, and come at the issue from a different angle? Expect at least one interaction today that involves a person with a sharp tongue (again, that person could be you!).

Finally, be aware you may direct cruelty at yourself today. Remind yourself: you have learned from every mistake you ever made. The past is past; you can keep the lessons you learned, but if you choose, separate yourself emotionally from your past. Guilt and regret never bring anything positive to the party.

Oh, my. The Whip certainly makes itself known. Today there will be conflict, and high, high energy. Prepare accordingly.

Affirmation: Nothing is worth the price of my peace of mind. 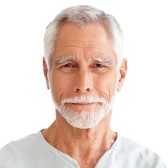